Red Roses For A Blue Lady - The Return of Melancholy 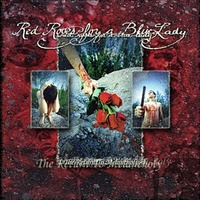 
When one talk about nineties metalcore, it's almost like taking on a subject that fails to exist, period. One can only mention bands like Disembodied, Overcast, Earth Crisis and xRacetraitorx. Red Roses For A Blue Lady is another to this endangered roster except without some of the political and ideological influences that used to be predominant back then. Yet fashionably, metalcore wasn't ever about moppy scene cuts and tight ass faggot jeans like it is now. Instead it was a lot of downpouring of emotion while screaming your bloody tits off over failed relationships and whatnot. Which isn't exactly the polar opposite of what kids do nowadays, but you can still definitely hear some more substance compared to the monotony of what today's music has to offer. But that is not to say I am impressed. Although I like the music I still recommend for everyone in this band to get a fucking vasectomy. Faggots.

Email ThisBlogThis!Share to TwitterShare to FacebookShare to Pinterest
Band(s) Red Roses For A Blue Lady