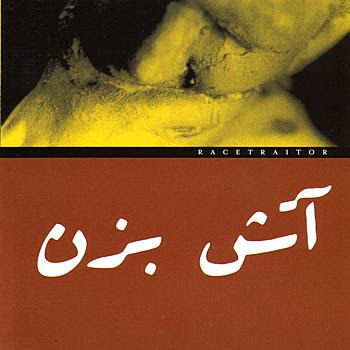 
Racetraitor was one of the more interesting bands of the nineties when one or more of its members represented most, if not all, of the elements of the hardline culture. Let's see here, in general, they're pathetically straight edge, did not eat meat, and embraced an Islam sort of ideology that was completely anti-American and anti-white. Their music was entirely ideologically driven, and these ultra-liberal and politically correct retards sang about how the white anglo-saxons are guilty of oppressing the Palestinian states. Often notorious for insulting their white fans derogatory names like "crackers" or shit at their shows, they've been jumped and beaten up over and over again. Personally I'd kick their fucking ass too because it's an absolute atrocity what this fucking band stood for. I don't like getting too political with my music webzine, but let's just say in an era where "minority" interests are being put over whites in order to balance out the supposed "imbalance" in our social equilibrium, young whites especially in urban areas are being stepped all over by the manipulative needs of other ethnics (who feel as if they are more entitled). And now to have these idiotic suburban fucks to come out and base their verdict of "white guilt" on textbook examples of white history from the present context of sociological and anthropological academic discourse is completely moronic. I hear some of these members are currently all around the world helping out those alleged nations they think are "in need". That's fucking great buddies. I'm sure if you played the governing body of those nations this album of yours and said you guys wrote it in tribute to them, they'd lock you away under assumptions of insanity.

That's the problem with international development students: naive and stupid. What the fuck is "international development" anyways you stupid fucks? It's merely just redistributing the wealth from developed European and North American nations and sending it to countries like Zambia and Sudan in the name of political correctness (so the corrupt head officials there can use the money on nuclear weapons and cocaine production). You're all a bunch of bleeding heart faggots and I would jump you pussies any day if you played my town. More interestingly, Andy from this band went off and joined Fall Out Boy. Which is fucking hilarious because I would love to see anyone from Fall Out Boy play a show and call their fans out to promote stupid and preposterous racial views. MTV would shut them off so fucking fast. Hey Andy, tell your Fall Out Boy fan base about your past. Hey Andy, you fucking cracker, tell them how your previous band was anti-Israel and pro-Palestinian. Hey Andy you fucking cracker ass white honkey boy, you still are what you guys once preached against.