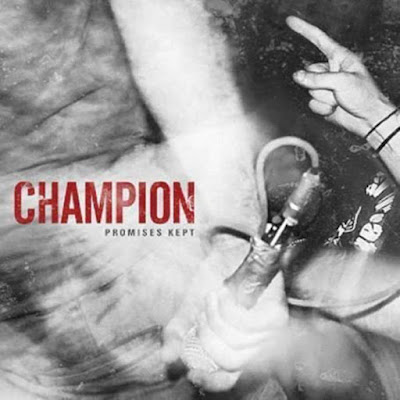 
I have one thing to say about that pedophile Jim who is apparently being accused by some fat tattooed feminist bitch who regretted being a fucking slut at the age of fourteen for the sake of having her fat hideous ass accepted into the hardcore scene.

NO CHARGES, NO EVIDENCE, THEN NO CASE, YOU FUCKING NARCISSISTIC ATTENTION SEEKING WHORE. GET BRUTALLY RAPED FOR REAL, SOMEWHERE FAR AWAY FROM YOUR COLLEGE BUBBLE WHERE YOU FEEL LIKE YOU'RE MAKING CHANGES TO THE WORLD (when in fact you're actually just a fat bitch seeking to be the flavour of the week).

My experience with women are that they're simply sluts, period. Though I've been on the benefiting end, I'm not dumb enough to let my pleasure receiving side blind me from realizing what they actually are. They don't just want any guys, they want a handful of THOSE guys. Those guys, reputably stacked up in full confidence because of the countless amount of women they slept with, is exactly what makes other girls lust for them. Despite the fact that females claim they don't like guys who are chauvinistic player pigs, their subconscious and desire are making them do the complete opposite of that claim. An explanation for this is deep rooted in animal biology, where the females of the herds usually have a propensity to go for the the flashiest and the most rabid animal of the herd. So the alpha male of the group who's seen engaging in the most reproduction will always have more females thrown at him. But another explanation for this stupid phenomena is that women are whores and they're constantly at war with each other thus feels the need to compete. Which is why even in philanthropic movements like feminism there's so many fragmented divisions because these dumb liberal art scholars who spent decades in their flakey "academia studies" cannot even agree or make a clear cut definition on what their values are.

Which leads us to this stupid fat bitch who used to fuck around with band members ten years ago when she was a little fat ugly self-conscious and insecure teenager. She was yearning for acceptance from dominant males in the hardcore scene because of course she never had any traits for her to belong in any contemporary/popular groups. And of course, sleeping with band members and older men in the hardcore scene has NEVER been an isolated phenomenon anywhere. It goes from the US to Poland to even fucking South Korea and Japan. Not even exclusively in hardcore for god's sakes. When a group of relatively young, and attractive (not used to describe this hideous bitch of course) are put together in a social clique together it often becomes incestuous and unhealthy after a while. Back to the story though. This status-seeking bitch was obviously trying to make something out of herself, but of course, it went unrecognized because not every man who's thrown with a lot of girls want anything to do with most of them. Especially one that looks like her.

Eight years later, the constant misery and dejection felt by this poor lonesome girl turns her into a fat woman-studies advocating bitch, who starts blaming men for her plights in life. She flips through a few books of sociology and feminism and now thinks she's a fucking scholar and game changer. Still full of baggage from being fucked and chucked and unable to reconcile with the fact that she's simply a fucking whore, she feels the need to use Tumblr and Facebook as voice to call out those who's fucked her over previously in life and start a whole internet sensationalism about it. Being heard makes her feel important. In a superficial world where nobody really gives a shit if you're ugly, not even if you slept with the lead singer of a straight edge band years ago.

The reason why this handful of alpha males in every hardcore/metalcore scene continues to do this kinda shit is not because they intentionally wanna fuck over every woman they meet. It's because they have no conscience of what they're doing is wrong because society (and especially women) has never programmed it in for them throughout their upbringing. They constantly get showered with attention of women who are desperately competing to sleep with them, so they think it's a dime a dozen. They may have a faint idea that there's something not right about this but at the end of the day it's not enough to substantiate any care. Why would you care as well? If you had dozens of bitches tossing themselves at you weekly are you not gonna exercise your rights to practice hedonism at their expense? They may not even understand they're ultimately hurting people. If anything they think they're being heroes for giving their fans the time of day.

Then, may I ask, who is exactly to blame for this type of behaviour? Of course men would take the flack for the wrongdoings. Because though brain-dead feminist twats are claiming to voice for gender equality, what they're actually doing is the opposite. They say women should have the right to dress however slutty they want, and be the proprietary agents to sleep with whoever they want, but then the minute they feel like they're fucked over by men who are unfazed by their pitiful presence, all of a sudden they cry abuse and oppression. Patriarchy is really the source of your problems you stupid bitch? Go contact the obama administration and change the constitution and place a vote for Hilary  this year you stupid bitch (and by golly you probably will).

It certainly doesn't help nowadays that with platforms like Tumblr and "politically correct hardcore" that social justice warriors (who are fed up with the world because of their own specific personal shortcomings) now have a voice to challenge the hypocrisy of their scene. On one hand they say they stand against shit like that but on the other hand they're out doing exactly just that. If you're out there doing just that, then may I ask, why the fuck are you instilling values in the younger generation to voice against it? If your messages were more like hip hop, like fuck bitches and make money, then go ahead... but why be a part of a scene where everybody goes out and pisses in a pool while wearing bathing suits that says "don't piss in the pool"?

To decry men for doing what they do is an outlet for women all over the world nowadays, and it's a powerful one. It creates a checks and balance system for people, like Jim Hesketh, to stop continuing his exploitative charades of younger women. But still, to denounce men for doing what they are biologically programmed to do because of your obnoxious "feminist gender-equality values" is a betrayal to human fucking nature through the evolutionary ladders. I will leave this funny excerpt I found somewhere on the internet that depicted this scandal in full details.

Since the beginning of human history males (Neanderthals to early humans) have evolved for one purpose: reproduce. When we crawled out of caves during the ice age searching to roaming the plains of Africa most of us didn't survive past 20 years old. Sexual maturation set us on the path for one purpose and that was to spread our seed as far and as wide as we could. In the pre-modern/ancient era the Greeks & Romans developed what came to be known as civilization and we began to live longer and with more ease relative to our origins. The drive for sex and reproduction continued. Men subjugated this drive by having sex with one another. In fact it was celebrated and revered as a stage those men inhabited until they were of age to have a spouse and passing on their family's blood line and property. That was until Constantine forced Rome to convert to a Jewish cult that came to be known as Christianity. The peculiar mores of this new cult replaced the lives of the Romans and suddenly the natural instincts of humans, particularly males, was deemed evil and corrupt. To the women, I'm sorry you've been lied to. From your religion to entertainment,you've been served an image of emasculated men who have no sex drive & who mirrors yourself & your desires. Men are brutes. That is what they were created for. From the hair they grow to their stout, erect cocks, men were created to breed. It's in their blood. Any man who will tell you that they can't understand how Jim could do what he's been accused of here are lying to you or worse, lying to themselves. It is time we throw off these shackles that over 2,000 years ago were placed on our minds and our bodies. We are sexual beings created to f*ck. This notion that the genders are all equal has led to further frustration. Men & women are wonderfully different. It's time to recognize that.


To the men, do not deny your sexuality. Every pore is screaming to breed. It is what you were created for. You were able to have an erection in your mother's womb. Puberty invades your brain & body before you're even a teenager. To deny this is to deny your own physiology. The choice you have is how you express that. As the shackles of Christendom eventually subside in our culture & the taboos around homo-sex dry up with it, only then will men be free to be what they were created for. Despite of the age of the politically correct Tumblr social justice campaigns emasculating you by pixels of your computer screen.

This is not a legal case and there are no charges. It's a bunch of hearsay nonsense projected by a bunch of women who used to throw themselves at a guy who wanted nothing to do with them. Keep every ounce of fluid that comes out of your vile vagina to yourself and stop stuffing your obnoxious views into other people's throats by playing the victim card you fucking grotesquely hideous and worthless femme. Keep howling at the moon like the boy who cried wolf... well, worse, The Girl Who Cried Rape.

Remember: Feminists, liberal social justice warriors HATE free speech (despite of going contrary to their self-asserted fundamental values). They will try to get posts like this "taken from the internet for the sake of their victims" and post ludicrous comments saying "this is why victims are so shamed and afraid that they aren't brave enough to come forward". They act as if words would sabotage and hurt them most vulnerably, yet at the same time, they go around and ruin other men's lives with allegations that were once deep rooted in what they caused and/or chose to be compliant with.

Email ThisBlogThis!Share to TwitterShare to FacebookShare to Pinterest
Band(s) Champion