BURY YOUR DEAD - BEAUTY AND THE BREAKDOWN 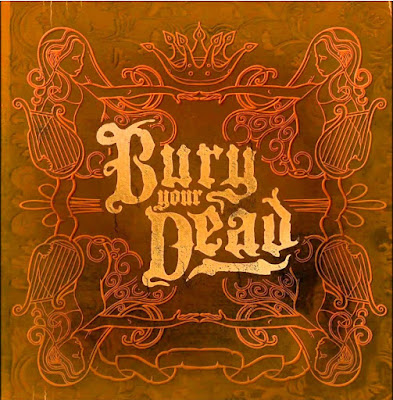 
Doesn't it suck when you're like in your thirties and still have no idea what you're doing with your life? Well I bet that wasn't a problem for Erik Ellison who was sentenced for racketeering and gang related activities who has to spend over twenty years in prison LOL. Perhaps when your stupid ass 2000's era moshcore-metalcore garbage doesn't sell then you ought to resort to something else to make ends meet. Didn't he want to release a recorded album from deeply entrenched hellhole that is his sausage-fest jailhouse as well? I can just imagine three hundred heavy built and overweight niggers going buck over generic breakdowns and stage diving onto each other in the shower room over his generic open chord breakdowns that he plays as an under talented guitarist. This 'musician' definitely picked the right route to go in life during his twenties. Proud parents must have gloated to their neighbours about their angelic son "making a living off being a talented musician". Oh well. Sometimes I'll be honest. When hardcore kids who are in their thirties now look at where they are in life perhaps there are a few who honestly wish they went down that path as well. For drug dealing home invasions racketeering and weapon smuggling would be far more lucrative and worthy in the end than the deadbeat factory jobs they are stuck with now. At least there's THIS IS HARDCORE 2018 to look forward to where people feel united in a scene when women fouly cry sexual assault and lie straight out from their teeth. What a fucking pathetic state hardcore is in today. Get killed.

Email ThisBlogThis!Share to TwitterShare to FacebookShare to Pinterest
Band(s) Bury Your Dead