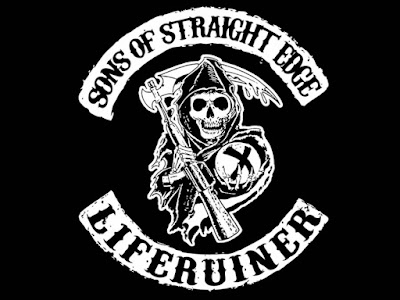 Liferuiner (aka xLiferuinerx before they dropped the faulty edge bracket for being nothing but absolute POSERS throughout their entire career) is the biggest fucking joke in the era of 00's hardcore. Fat fuck chef Jonny OC none other than a pretentious faux-edge pedo who got his ass kicked every single fucking show in the States that they unfortunately had the courage to travel to but never enough balls to fight. Once they fucking pussied out of continuing their tours one they got replaced with a new Liferuiner outfit from the States with some hilarious face-tattooed Asian ape. LOL. Anyone RECOGNIZE this atrocity? Absolute fat fuck didn't even hold enough dignity to continue playing their own music that they got their ass handed to them each and every city. Perhaps if that dipshit (original) vocalist of theirs didn't pretend to be edge and (apparently) played at gay clubs in his home town while barely held up a cooking job and spiked his food and drinks to intoxicate young girls twenty years younger than he is then they wouldn't have met their fate. Look at this fucking album cover. They think they're bikers. Dont' forget to attach your training wheels while wearing pads because you might get hurt worse than your shows back in Indiana and Ohio you absolute fucking pathetic jokes. Come back anytime for round #7433235. The States is ready to well-receive the shit EP's you've been released after wrongfully choosing to not end your try-hard-hxc-now-turned-shitty-melodic-metalcore pussy-ass musical career.

Email ThisBlogThis!Share to TwitterShare to FacebookShare to Pinterest
Band(s) Liferuiner