xOne Fifthx - One Fifth (self titled) 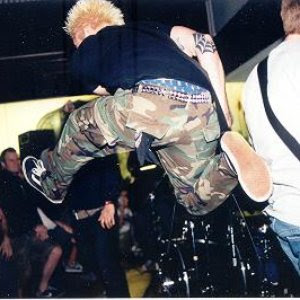 
No matter how far you rewind back throughout the golden era of hardcore, whether it be the early 2000's beginning, or mid-2000's metalcore, or the laughable 2012-onward hardstyle, there's one thing you cannot deny. It's that your hardcore scene back then, or what was your pitiful excuse of a scene thereof, was absolute dog-shit and contained seeds to its own destruction. This subject has been discussed a painstaking amount of times before but i have to do it every time because you're fucking stupid as shit. Who would have thought a bunch of emo-ass "fashioncore till i die" retards with terrible haircuts and terribly skinny jeans would come to shape shitty metalcore and deathcore music as of what it is today." then they get through college and realize they're unemployable and clutch on to the only scene they ever knew growing up in, only to realize the recurring shows of the old bands they listened to when young are phasing out and losing traction, and their lives basically suck ass because they've never been socialized in any other social circles other than with other middle class white privileged suburban idiots who play nothing but drop-tuned open chords. And then either you pick up a drug addiction and die of some sort of synthetic opiod or get married and be lame so you have children half as handicapped as you were when you threw down in the pit (and that's quite retarded by the way). Nonetheless, god bless! Keep on rocking in the free world and never accept the fact that your band people moshed to in 2007 will never draw more than three alcoholic middle-aged depressed has-been's every little town you book to play in. Have fun. Ladies and gentleman, may i present you xone fifthx.

Email ThisBlogThis!Share to TwitterShare to FacebookShare to Pinterest
Band(s) One Fifth, xOne Fifthx