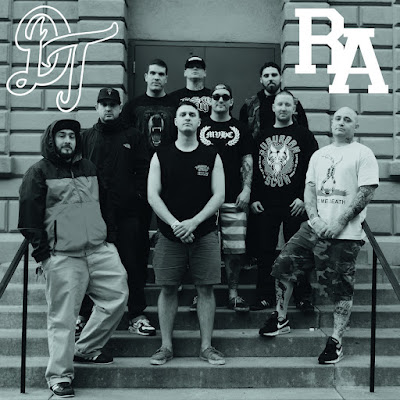 Chris Cantelmo was some weird rich guy who had a higher up biomedicine degree from Stanford who owned his own biomedicine company. What was interesting about this old fucking geezer is that he went bizzarely deranged after doing too much fucking DMT and thought he was a prophet. His death was deemed odd and suspicious as he went on a hike one day and without any prior signs or warnings, simply died on the trail. Immediately cops ruled it as a suicide, but when autopsy came back that he died from blunt stab wounds to the neck and other parts of body, his cult followers began howling at the moon about conspiracy theories because the 'big brother that oppresses mankind' didn't want normal human sheeples to find out about the holistic truth about the universe. His doctrines and ideologies are summarized by how DMT is the God molecule and through that, we are able to receive ALL (as opposed to some) of God's transmissions to us, as our brains are sort of 'computers' that receive electromagnetic signals of certain (but not all) frequencies and we can only enhance our reception, like a radio with more antennaes, through the usage of DMT. And to give him some benefit of doubt at least, after growing up and experiencing the world the way I did, I would argue that some of his thoughts have a bit of merit... despite of the delusionally drugged out and crazy DMT-schizolunatic he eventually became.

I'm going to start off this article by saying, in no means am I trying to insult a dead guy, BUT, please DO read on as I insult the living fuck out of this dead guy:

Anyone who has been indoctrinated by the bizzare teachings of Chris Cantelmo, fails to admit that this man is actually ridiculous nutjob.  Proponents who believe his batshit insane views on how DMT is the spirit molecule that links us to the existence of a diety or God -- a theory by itself isn't unplausible and can even be entertained to a certain degree -- needs to take a clear look at why this idiot faced the banhammer on Reddit to begin with, and all his search results blacklisted from Google. He eventually got banned on Reddit for sending people coins and wealth on that website for (pretending to) believe his views. Those who eventually began following him religiously often  naively overlook or outrightly deny how dangerous his teachings can be. C'mon you schizoautistic retard fucks. It's time to the music regardless of what channel of wavelength or frequency. This sort of dumbass literature and multimedia isn't always immediately banned 'cause there's a new world order setup by the Bilderberg Group whose agenda is supposedly keeping your head buried in quicksand. It's because some of his teachings are pragmatically dangerous. He lectures people about staring at the sun in great length (a practice the Egyptians did for hours-on-end centuries ago and went blind quickly) in order for brain to produce enough DMT and see God (after losing your vision permanently I'm sure that's an awesome trade-off). This is no joke. Just read this fucking quality literature his cult follower's  the website:

Stare Directly Into The Sun For The Love Of God

If you want your body to start producing DMT again all you need to is stare directly into the sun. Do it for at least a few minutes a day.

As a child you remember staring into the sun even though your parents or teachers might have told you otherwise. This is what kids do. They don't listen to their parents and teachers because they know better. It turns out that kids really do know better than their parents and teachers. And since you remember staring into the sun as a child and your eyes are perfectly fine now, or you wouldn't be reading this, why do you think your eyes cannot handle the sun now?

Would the creator of the universe create an eye that was not capable of viewing its most important source of light? How did eyes evolve before eyes had a mouth attached to them that would tell them to not stare into the sun? Animals stare into the sun all day long. Look at animals' eyes. They extend out past their eyelids and are not shaded by a brow. If we are the most advanced form of eye why would our eyes be less capable than those of "lesser" creatures?

Ask yourself this important question? Why do I believe what I believe when I can see exactly how things are without having to believe in anything? Open your eyes!

You might consider saving your protective eye-wear for viewing arc-welding sparks and nuclear explosions here on earth.

Consider that for as long as you have been told that you should not stare into the sun that the world has only grown more polluted, more contentious, more chaotic, more scared and more meek. This is not a coincidence.

Wake Up. Not tomorrow. Not next week. Not next month. TODAY.

P.S. Hint: The opposite is also true, in that depriving yourself of all light has also been reported to restart the brain's natural production of DMT. There is a reason why people placed in solitary confinement find god. Because DMT allows one to see god. How do you think Nelson Mandela and other of humanity's great beings survived insufferable isolation? Only by the grace of God.

Start living today by losing your vision because rather than making our atmospheric greenhouse a liveable ecosystem for all species to be alive on earth, Sun is put there millions of miles away for you to look at before going blind and seeing God. This is a great scientific discovery from a PhD of Stanford. Furthering this garbage pseudoscience he urges people to stop taking vaccines. This definitely would have been a great advice had he lived through the last two years during the pandemic. You can see the quality of American education in the past few decades and where it's gotten their dumb fucking alumni's (whom actually run surprisingly successful biomedical businesses I may add). I sure as fuck hope this guy doesn't practice medicine or health care, before he stabbed himself in the neck during a delusional DMT-enriched hike, where he probably thought he saw or heard voices from other realm that told him to ascend into the ethereal realm by autoinflict wounds that would put one's own heart to stop beating. Not surprising from someone who encourages schizophrenics to do what their voices tell them despite often times we hear on news that they helplessly commit murders because they cannot suppress voices inside of their heads telling them to.

Chris Cantelmo is the kind of nutjob that if you were raised doing drugs and believing this kind of school of thought, he would be an absolute prophet of this world to you and your shitty little Burning-Man-attending like-minded cliques (like Moses to the bible). But if you never really grew up predisposed to that sort of school of thought, he's a 11/10 life-long psychward patient. It's insane what DMT does to your brain after a while. Viewing his last few videos before his death is troublesome because how sanity has finally drained of a man who has lost all his marbles. Whether he was victim of a conspiracy or self inflicted horrible wounds to himself, and whether his teachings (words used loosely) hold any merit or not, bear in mind that whether it's all true in the end, we will never fucking find out in this mundane plane of existence. And no, I'm not being skeptical saying shit like this. When you babble a proverbial novel of nonsense telling dumbass cult-followers that our mundane life isn't all that the universe has to offer through an entity that can only be seen by doing illicit drugs, and the only thing 'real' we can achieve is through forms of self-harm or leaving this world, it's a wonder why your students are shocked that your search entries and posts are pulled off the internet (must be government conspiracies!) And coined in with the fact that the white race on earth as a while is only at an all time low of 9% and quickly dwindling still, what you're doing is technically advocating to further advance the genocide of younger people of your demographics who share the same interests/values/beliefs as you. White people are hilarious in that even though they live in a time where they risk complete global annihilation, you have these kinds of idiots, alongside Vladmir Putin who still proceeds with killing more of their own race of people systematically. All in all, people like him fail to realize who the fuck cares if there is greater fucking meaning insofar as we'd never find out anything insofar as we are boxed into our current material confines of reality. People need money to eat, survive, and oil is required to transport people and things. What is eaten must be shat out, and environment will be damaged insofar as human beings need sewage to filter out their nasty ass piles of secretion. To tell me that aliens and guardian angles are amongst us all the time and normal people cannot see them because normal people are dumb is nonsense. I need to work to make a living and government will crack me down on taxes and debts if I ignore it. No fucking length of idiotic self-damaging staring-at-the-sun will relieve me of the auditors coming after me for my financial mismanagements in this greedy, hungry, material fucking world. Unlike I started nuking each and every one of the 200-something countries. Whoa, suddenly, I think I might join Putin's advisor team after all this year.