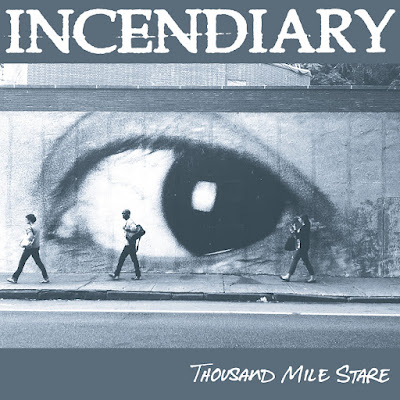 Anyone who wants to know how hardcore evolved from the street-justice anti-skinhead working class culture from the eighties and nineties to the  upper-middle class cohort of privileged white kids ought to read this idiot's dissertation/research paper 'Suburban Home: A-Look-at-Hardcore-and-Identity-in-Suburban-Pennsylvania'. I'm not kidding, this isn't a joke. Some faggot trying to graduate from university actually wrote a thesis or dissertation about this hoping to get his liberal arts degree (that his parents probably paid with trust funds.) It's so edgy, read it yourself. First sentence starts off with something along the lines "FUCK YOU YOU FUCKING FUCK" (not unlike that old meme t-shirt I used to see some fourteen year old kids with testosterones wearing as a rebellious expression against their parents), as the paper starts off portraying a conflict  in a record store in a bumfuck hick town of 200 people all coming from one big incestual family sharing the same last name eight generations ago before the US civil war came about. It's like he needed to let the world know that his town is full of attitude and fire thanks to the HXC scene, as his TA and Professor probably read it with frowned eyebrows and brainstorms the nicest way to write his academic probation letter. In his methodology he interviews a handful of people with no real standing in life other than having some 'scene credentials' or seniority (they call it SCENE-ORITY okkk? ok) like your friendly white trash community carpenter Bob The Builder who has went to local shows all his life which makes him profoundly important to this niche community, but in reality a deadbeat working class father whose his highlight in life was when he left the rural township bubble he was raised in and finally got to attend TIHC in the summer (a trip funded by his parents as a gift for graduating community college). So much for being down with the establishment you fucking retards.

Paper proceeds to talk about how punk and new-wave in the 80's created a cohort of disenfranchised kids nationwide who wanted to have meaner, badder attitudes and bigger cocks because they were so tired of being in the comfort of this 'middle class dystopia' that was so comfortable that being born and raised in the middle of this 'American Dream', that immigrants are coming here to achieve, is actually boring as fuck. So they tried fitting in with this stupid working class, anti-racist ideological ethos espoused by traditional HC which their privileged community as a bubble actually knows nothing about.

Author takes a jab at what hardcore sounds like, with words though. It's like, I'm trying to show you what color is. Instead of giving you a coloured book or palette I write you 20,000 words off a black-inked typewriter telling you what it is. Author then proceeds to describe what 'slam dancing' is and how it emerged in the eighties. I'm too embarrased to quote this retard per verbatim but he was going on about how while generic pushing and shoving was practiced by normal people listening to normal music, HxC kids would 'perform a series of choreographed' moves such as exaggerated 'kicks, spins, and stomping across the room back and forth' that somehow emulate 'the violence and intensity' of the music, as opposed to fucking autism itself. Also, it isn't even like the author wrote this himself from what he obviously witnesses at shows he claims to often goto. But he rather quotes some other retard fromt he eighties who said this blatantly obvious redundancy. I can simply imagine the looks in professor's eyes as he painfully attempts to comprehend this, whilst cross out one more day on his work calendar for the countdown towards his retirement heading permanently towards Koh Samui island.

He then quotes the importance of how a local music scene is local, and how a 'local hardcore scene' must no different. Thanks scholar. It's like trying to articulate the importance of how sweet-and-sour dipping sauce must taste both sweet, and sour. What's the most painful is the fact that he had to quote some idiot on talking about the benefit of how a local scene  appealing to HIS own very LOCAL community (...as opposed to some other-worldly scene from another planet that has no way of getting to them). I'm fucking serious. Tons of geniuses yapping in this research paper. It's a wonder he learnt all of this in his four to six years of critical thinking in post-secondary education.

Not even another page after he goes back to boast about how straight edge and most post-eighties movement stemmed from a class of privilege (made of kids attending private schools and yuppies), thus lacking the sort of real authentic working class despair of NYC and San Francisco. Thanks asswipe. In other news today, when no jet fuel pollutes the sky, you can clearly see that it's blue for the day. The fact that prof sees you on your 10th gen Macbook Pro after school buying vintage vinyls for 10x its price from when it was first printed in the 90's isn't a dead give-away.

When your life is so comfortable and you're so tired of being comfortable, you simply need something new to bitch about. Author certifies this by comparing upper class yuppies who could afford amps and instruments and lessons vs. impoverished thugs and bandits from NYHC who are straight up criminals and couldn't write or produce music if their bail hearing depended on it. It's like when bands with money had to write about the woes of life the only thing they can be pissed off and rant about is the frictionally turbulent relationship with their parents. And since he was writing as a person from a small town in PA it was almost like he was bragging about this privilege. What gets sadder is when it's admitted on an academic paper that these rich kids try to emulate this sort of ghetto violence stemmed out of inner city poverty in big cities they wouldn't dare to step into unless there was a show to bubble them. What's neglected in such discussion is that when rich suburban twats attempt this 'DIY' ethos in designing their bands' own prints, shirts, CD's, and flyers, they have helicopter globalist parents who are mass-importing their photoshopped designs from sweatshops of Taiwan and Vietnam so their beloved munchkins can suffice selling merch from nationwide tours that draw more opening band members per show than actual audience. He goes on to boast about how a guy named Bob in his community was born to be an entrepreneur by throwing shows in his PARENTS' KITCHEN AND BASEMENT and such skills eventually made him a successful cement and concrete laysman. I bet this entrepreneur must have made thousands after the damages made by holes in his walls. Needless to say his parents probably never sent him an invoice for all the lamps knocked over when he was eighteen and threw that shitshow party that became a company's tax-writeoff for their family's real estate mogul entity.

The reality of this whole sociological experiment that has been prevalent for decades now is that when parents initially supported their kids' hobbies, thinking it's harmless Good Clean Fun (no pun included), their trust-fund kids eventually grow into adults being indoctrinated by this negative and violent crap though they weren't raised that sort of environment. So they try to mimic this crap by creating crews and fighting at shows, jumping bands in their own small town and do a bunch of stupid shit to prove they are hard, and they get themselves into some serious crew shit a decade after while their parents are scrambling for lawyer fees thinking what happened to their beloved munchkin. What happened was in reality they' became so far-detached from the woes of real world cruelties and willfully blind that this kinda shit would get them shot up in big urban cities. But in a good small community where powerful elites have reasonably personal relationships with the police, attorneys and judges, they are able to negotiate for their troubled sons to get away with the stupid show beefs that avalanched out of hand over the years.

I can imagine since the professor had not a single clue what the fuck kids were up to these days, he found the paper at least interesting enough to pass by hardly a 60%, which granted this dweeb a passing mark for him to eventually graduate and hold down a permanent nine-to-five working at the library before everything shut down during the pandemic. People who write this shit thinks the world cares about some stupid clique or scene that was a product of music and localized community that they were proudly a part of. But instead the professor probably struggled to understand some of these niche definitions and jargons put out by the book. Worst of all this kind of shit is so uninteresting to people outside their own community when they're forced to read (or grade it). They think their scene is their whole world unbeknownst to the fact that the very juvenile minority of USA population that express even the faintest interest in what they do & community comprises of 0.00000001% of the seven billion people in this whole world. In a sociological paper this may (barely) achieve a passing grade. But in the world of business and marketing this type of paper (talking about shit that generates -$12,345,678 in revenues anually) would be laughed off the face of the earth that it would completely rot away and cease exist. Ah, suddenly, now we are talking about something parallel to your xViolentCounterCultureHCx scene after all.

Email ThisBlogThis!Share to TwitterShare to FacebookShare to Pinterest
Band(s) Incendiary