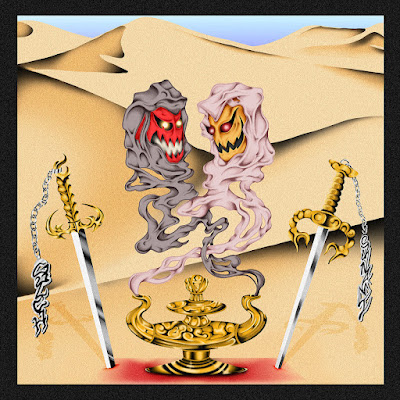 The downfall of USA as the leader of the western empire is nothing short of imminent, if not been happening throughout the past decade (even prior to the pandemic of 2020, in which that became the official obvious recognition of the country's widely-spread declination as finally observed in the eyes of the rest of the world). One of the biggest hallmark of this decadence is none other than most Democrat-run blue states, most notably California as per governed by that half nigger Kamala Harris (alongside her partner-in-crime Joe Biden who is a crazy Alzheimer ridden and dementia-plagued senile patient who's so mentally ill that he's got no rational independent thinking or decision-making skills of his own other than reflecting pro-Israel Jewish zionists' global agenda). The apocalyptic junkyard shithole that California has turned into from the paradise it was in 1960's can be evident by many things. Alongside its crime, unfettered immigration, drug use, cartels, homelessness, natural disasters, we can also see the decay of a society and state as a whole by its decadent music, art and culture. Look at these two bands for prime example of such degenerate youth-produced manifestation of this said depravity of culture. From 1967's Scott Mckenzie's music composed as a form of art that reflected a utopian (but realistic) era back in the sixties, to this hellhole of existence where some of the most aspiring and affluent Californian cities such as San Francisco and Oakland is now complete shitholes. Los Angeles soon to follow suit. Bask in the glory that baby booming hippies have created for the two generations under them. I hope they can roll in their graves commiserating this shithole of a state after Kamala Harris enforces further polices under the instruction of Biden to enable niggers and Mexican spics acting up and shooting every middle aged 50 and over white motherfucking politically correct turdmonkey in the head. Those that give birth to the early twenties children that play in these shit bands out in the suburbs. They wonder why this generation is more angrier than ever. OK boomers. Time to reap what you sow. You make a fucking bed of nails and now you shit your pants lying in it with no socialized health care or insurance.