GRIDIRON - LOYALTY AT ALL COSTS 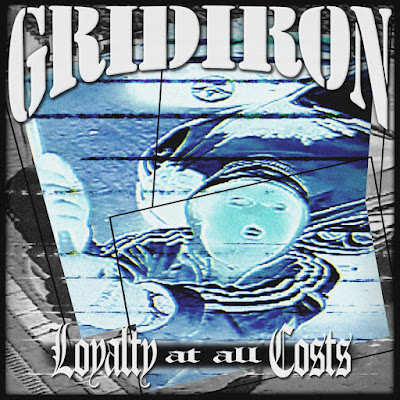 https://www.mediafire.com/file/y272d6kdwd6kmui/GRIDIRON_-_Loyalty_At_All_Costs.zip/file
The dumbass vocalist from one of the whitest part of PA literally thinks he's a fucking gangsta ass hood nigga. Maybe it's 'cause he was unable to lose weight in high school which made him unable to get dates from the hot blonde hicks he's always been rejected left/right/center from. But then again maybe it's not that. What it is actually is that given the ever-prevalent competitive ways American hardcore indoctrinates kids to be 'different from their herd', the whitest honkey ass hicks from areas that hold utmost white conservative values feel the need to differ from the commonly shared values of their peers whom exist in their confined surroundings. The tragic irony which they may not realize, being the frogs in the wells that they are, is that the next 2-3 decades will mark the prelogue to the gradual extinction of their already-endangered race. And instead of simply being blessed to BE different (a good virtued white man in America) at this interesting changes-of-time being, this mic-gabbing moron thinks he's got something to prove to his crowd by acting like he's stands out from his isolated community... when in reality there's nothing to stand out in this world about impersonating a filthy nig-nog given that there is ten of those filthy-nig-nogs ejected out of wedlock for every one white person born. You are not different. You are not exotic. For every rap verse you bust there is an MGK line that's 100 times better. Actually in fact, Aaron Carter raps better than you (RIP god bless this awesome blog for name dropping his dead duster-sniffing soul).
The ultimate declination of America (and what will ruin the nation) is not Russia or China. But it'd be from the inside out, when whites and other moderately-assimilated races start adopting to this depraved and destructive black hip hop culture, that literally has ruined two generations of youth, and will continue to non stop until the whole country collapses to a fifth world state comparable to Haiti. Politics aside even, there's nothing cool about a Limp Bizkit cover band, because for every verse you write there's at least 20 more nu-metal acts that open for Battle Of The Bands in every urban city in a progressive state, that can spit better than your cringy ass rhymes. The stupidest justifications vocalists of these type of rap-tough guy hardcore bands have is 'oh well I was heavily influenced by E-Town & Cold World but then I started going to shows because a high school buddy took me to my first Cold World show'. Shut up moron. It wasn't Cold World, it was probably As I Lay Dying. And your high school buddy who you refuse to admit you were friends with probably had long bangs and wore skin tight pants from his sister's wardrobe.
But let's even put the whole scene-kids nonsense aside and talk about the legends themselves: When E-Town did it they pioneered the whole rap-rock and punk/hc fusion and it was an eclectic blend at its time. When Cold World did it, they pioneered the tough guy hardcore and hip-hop movement which was also acceptable because hc/metalcore was developing in the mid 00's very well as they were branching out. The style they had at the time, was refreshing especially for an era of endless tremelo picking and breakdowns at shows where wife-beater jock monkeys picked on kids with sweeping combovers.  Both bands were kind of like a maverick entity at the time. Also their guitarists didn't fucking suck - you can really hear some musical talent here and there (despite not always). Both bands wrote about shit with some lyrical depth and had some substance to present. In hindsight they were viewed as odd legends to a very niche group of crowd. (Something nobody sees this band will become unless Stephen Hawking rewinded time in another parallel universe where they were born out of the vaginas of the exact same mothers that gave birth to members of E-Town and Cold World on exact birth-dates of those band members.)
C'mon Gridiron let's be real here. You ain't like any of those groundbreaking mavericks. It's 2023 and you're still rapping about people disrespecting you and being cowards over palm muted open & bar chords. Give it the fuck up. If it wasn't for the fact that tough-guy hardcore was a niche clique in a specific subgenre that doesn't sell, your band wouldn't even be heard by some moron running a label in his mom's basement in West Virginia. You acting like you're black as if it's countercultural to your inbred hick town is hardly something ICP didn't cover in the late 90's. And your paper-tiger masculine energy is only intimidating to those who live more than 200 miles away from the grimy parts of Philadelphia, Baltimore, Detroit, and Atlanta.

Email ThisBlogThis!Share to TwitterShare to FacebookShare to Pinterest
Band(s) GRIDIRON