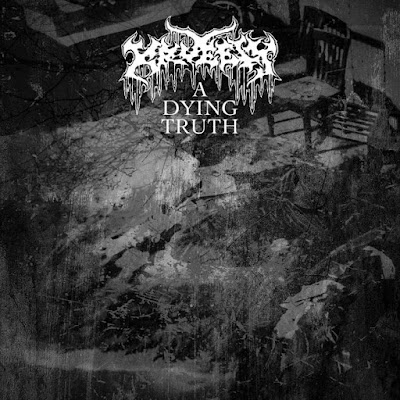 The fact that this dumb gooky Japanese band organized and went through a tour in USA during the 'post-pandemic' era of early 2022 became a very interesting case study as to the ultimate decline of the American empire (and subsequently western empire in the coming decades). Before we delve into everything let's review a bit of history: Japan, after losing WWII after getting the shit nuked out of their sorry anuses, decided to westernize. In doing so they adopted the very-western American governance system economic model (what we know as capitalism for short simplicity). Over just the next three to five decades, Japan became what they call an 'East Asian superpower dragon'. (Quite a night-and-day-contrast from half a century before the second war, when it was still internationally acceptable and even encouraged to for the world to detest the living shit out of relentless Japanese kamikazee gooks.) As the US pumped billions of dollars into Japan (same as they've been doing with other African nigger countries, except in complete vain cuz niggers are cancer to humanity and their societies are dreadful tombs), Japan became a superpower of the world. In hindsight, they'll always have the US empire to loyally thank untill the end of time. For Japan's present-day political, economic influences as well as investments into what is now a first world leading superpower in Asia. Just a decade or two ago, the Japanese still somewhat viewed developed civilizations on the western hemisphere with some envy and awe. Their elders were still looking to send sons and daughters to post-secondary Ivy League institutions. Entrepreneurs still sought to start small businesses here in the heartland USA. Needless to say, artists and musicians were still looking get an experience of a lifetime touring America. Fast forwarding to 2022, KRUELTY is no exception to being excited to join this list. Except, to their naivety and bewitched curse, what they didn't know (until it was too late) was that this (laughably) 'exciting opportunity' only came to them in 2022.

These bitching crybabies upon first week landing and playing FYA in January of 2022 they tweeted on Twitter 'Man, America really ain't nice to us at all!' No shit because you're a bunch you stupid fucking fobby ass gooks. Everywhere you go there's a globalist empire that hired some negroid servant workers who are yelling and bitching at you for trying to understand the English menu that isn't your stupid native gooky ass language. Minimal customer service qualities. The hotels you stayed at probably were in bigger cities and cheaper areas of the town with gunfire. Then you have these stupid tweeting replies from suburban hardcore kids going 'well we have some good places! Come to the downtown of my small rural community where we have one McDonalds and a cinema!' Obviously those kids are trying to play up their State to the band, they just played in their school's gymnasium (the only community hall to their town). With the US, the only pleasant parts are the places with absolutely nothing to do. Hey Asian bands: America is a failed piece of shithole state compared to Tokyo. Go back to East Asia where apparently it's safer, more stable, and tame, and more pleasant. Nobody understands why the fuck we have musical idiots around the world growing up idolizing American hardcore punk and metal, only to get a lifetime of letdown, the minute they actually step into the post-pandemic shithole of our fucking nation. Oh, it's because we have culture. Great. Order our vinyls and cassette tapes internationally then. Save yourselves some disappointment and don't travel abroad over here. When foreign bands are trying to make it in America, they are in fact not in love with America as a country to live or work in. This they sadly realize over time being here. They are in love with the idea and concept of the imperialistic, capitalistic, free United States that has been romanticized through its history and culture. Nobody actually wants to physically live in it nor certainly tour in it. Not even their own citizens the minute they step out of North America like the Plato's cave-dwellers they have been their whole entire lives.

Americans don't know any better because the shithole places they've traveled to is like Jamaica, Peru, Colombia, and Mexico. Then they go 'aha, glad we live where we live!' Great frames of reference you fucking gimpy twats. It's like living in a bucket of shit their whole entire lives, and then jumping into a deeper bucket of shit to swim in it, just to feel better about the former bucket they've drowned in their whole entire lives. (Not to mention that most of these failed states are American & European colonized states in the past. Congratulations. We are the real reasons as to why the world around us goes to shit as well. What's up Afghanistan! After Talibans just took over I'm positive in 20 years we'll be migrating THERE as refugees from our own California).

So when these Japanese nips got the fucking culture shock of their lives I'd like to see when they book their next North America tour. 'Probably never', they uttered to their dumb selves in Japanese, while they were busy dodging bullets on the streets of Atlanta as nig-nogs and spics attempted to rob their instruments and gears.

Email ThisBlogThis!Share to TwitterShare to FacebookShare to Pinterest
Band(s) KRUELTY