Kill What I Adore - Whatever It Takes 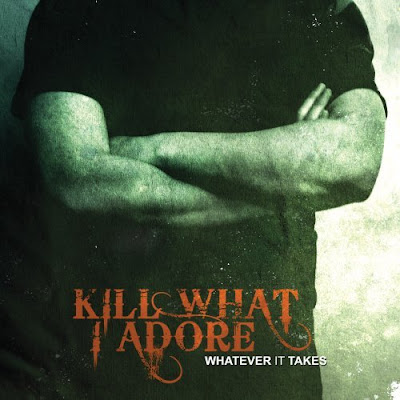 
I love bands that remind me of awesome old school metalcore. By listening to them, you know they aren't comparable to the quality of modern metalcore or deathcore. But they reek such nostalgia and those were the memories you were longing for. The days when you were sixteen or seventeen years old and naively going to shows thinking it's a way of life. The days before half of those snobby scene dicks turned legal and began drinking their lives away at dubstep clubs. The days before bands realized they could make it big if they simply just broke up and started a pop-punk or indie rock project. The days before the younger generations took over and made you say to yourself "fuck, the scene is dead". But you know, the scene never died. It's just replaced by a bunch of pre-pubescent kids that acted just like you five years ago. Do you hate them because they're a mirror image of yourself? I admit I do. Fuck, I hate the hardcore scene with a passion and you're all a bunch of assholes. Especially myself included.

Email ThisBlogThis!Share to TwitterShare to FacebookShare to Pinterest
Band(s) Kill What I Adore