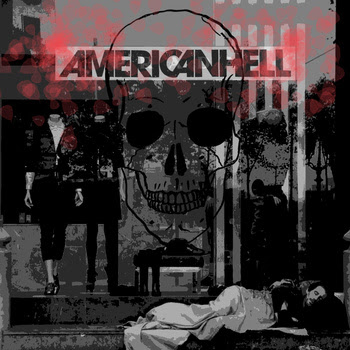 
Here's some good ol' Southern Ontario hardcore for all you Canuck fucks who reside in igloos and hunt for beavers for a living. I don't get why they would name themselves American Hell when these assholes obviously came from a country where they molest moose and trade furs for a living. I hear it's cold up in Canada and the only venues bands play in are like underground bomb shelters from back in the Vietnam days (a proxy war they also didn't engage in). This band's pretty good though, it features ex-members of In These Walls, A Day & A Deathwish and Rad Affairs. I remember back in the days I used to go see those guys and considered them well performed, although the quality of recordings probably won't mean shit-all compared to today's standards. But that's fine, because back then it matched up to the status quo's expectations. And now the ashes of those three defunct bands gave birth to a new metalcore supermachine that carries the old school influences yet doesn't sound too generic or tacky... Introducing American Hell. Not just what we're living in, but it's also a band that aren't all Americans either. Yeah, aboot that, eh...?