Love Lost But Not Forgotten - Self Titled 2001 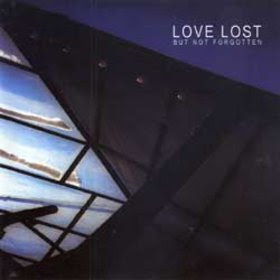 
In a way, this self-titled 2001 screamo release is sorta phenomenal. But in other ways, it sounds like complete shit. My personal opinion of this band lies somewhere in the very middle of the two contrasting views. This music scared the shit out of me when I was in grade nine because I simply didn't understand what the fuck it ultimately was: a bunch of fancy emo kids screaming about suicides over broken relationships and other failures in life pertaining to the interaction with the opposite gender. But they make it so fucking intense you can't help but to pity them. If you wanna blow your brain out over some girl in high school that fate didn't plan for you to be with anyways, go ahead and do it. But to compose a miserable record on all this depressing shit is ... meh, art, I guess. Do whatever the fuck you want. Just keep the shotguns out of band practices or you may start some weird suicide cult with other emo kids in screamo bands.

Email ThisBlogThis!Share to TwitterShare to FacebookShare to Pinterest
Band(s) Love Lost But Not Forgotten