Rifles at Recess - To Whisper in Tongues 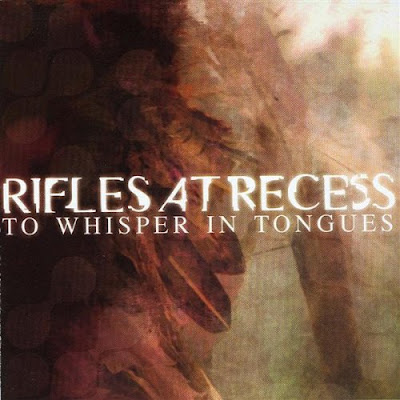 
Whenever I think about the now-defunct Rifles At Recess (2001 - 2003) was the last show they played in Tennessee at around 2006. Before they were about to play their final song "I've died twenty times in 1986", the vocalist unveils a dark and uncomfortable incidents of his past that had the audience speechlessly mesmerized. He was talking about being molested repeatedly and nobody knew just exactly what to awkwardly say. But just as he begins to almost cry, an audience member goes "I'LL FUCKING KILL HIM". As the song picks up momentum and goes into its final breakdown, the lights go out and comes back on with everybody huddles up on stage like it was a fucking sausage fest football party. Once the venue's lights came on after the song, some fat-ass in a Danzig shirt goes up and hugs the vocalist and we can only imagine the words of consolidation that were exchanged. It brought a huge smile to my face. Anyways, to this day, it's still one of the most powerful bootlegged footage I've ever seen. Because where and how else can you express such tragic anecdotes of your past? Definitely one of the more powerful shows I can imagine, in contrast to the mindless droning local shows I have to put up with nowadays: pure fucking bullshit.

Email ThisBlogThis!Share to TwitterShare to FacebookShare to Pinterest
Band(s) Rifles At Recess