Wings Of Scarlet - Before The Great Collapse 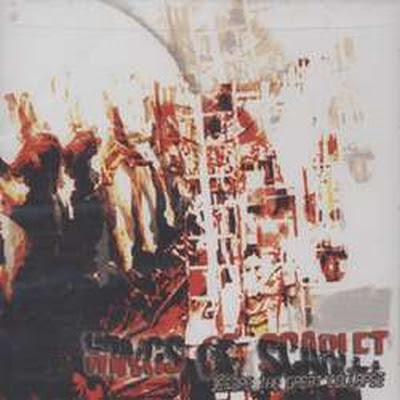 
Wings of Scarlet kicks so much fucking ass. But that's because we all know that I'm a huge sucker for early 21st century metalcore. The days when you could actually log onto hxcmp3.com and check the newest hardcore craze before the whole domain was bought off by that fucking faggot stereokiller.com site which it is now. Earlier metalcore actually had its own style than compared to what metalcore is right now. Much of the earlier metalcore was recorded on crappy drum quality because presumably the level of technology wasn't as sophisticated as it is today. I'm also not sure whether the drummer of this band used a clicker or metronome, as it was the case with much shit back then. But this shit was so fucking good. This band could have easily gotten mainstream for they were just as decent as as i lay dying was back in the days. But they didn't, and broke up instead. Thus they will forever remain as one of the legendary acts of earlier 2000's metalcore. This is the case with many bands of metalcore. If as i lay dying broke up after their ep or first lp, those records will then be printed in vinyl and be forever cherished as a legacy. But some metalcore bands made it out to the mainstream and are now subject to ridicule. But truth be told, i'm glad this band broke up after first LP. It's a little disappointing but if their musical career got further, i would have found everything about 'em despicable. It's funny how your old fans work, isn't it?

Email ThisBlogThis!Share to TwitterShare to FacebookShare to Pinterest
Band(s) Wings of Scarlet