A Day And A Deathwish - Self Titled 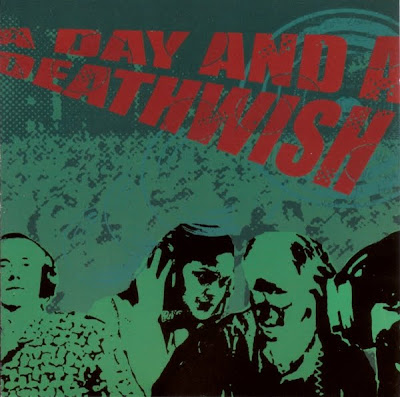 There was nothing back in 2004. No TVs, no cellphones, no technology, no cars, no radios, and mankind hasn't even invented the wheel. All we had was a bunch of fucking hooligans rubbing two sticks and attempting to make fire to no success because they were trying to decipher some ancient Egyptian hieroglyphics on a cavern wall. That, and of course, A Day And A Deathwish from Welland and Niagara of southern Ontario. No wonder why those guys were still playing shows in caves and hunting and gathering there. What the hell is there in Canada? Absolutely nothing. There is nothing up in that large freezing land. Never was, never will.

Imagine Canadian ghetto's ... Bunch of miserable human beings controlled by a few bad moose running a town built on teepee's. That's Canada for you fucking igloo dwelling primal barbarians. And here's a day and A Deathwish. Go get drunk off some listerine you fucking grotesquely useless native pieces of shits and get put in those residential schools the government forced upon your poor unfortunate souls hahahaha. Would I rather wanna live there in exchange of this defiled urban shithole of a warzone infested with negroes and Muslims? Most definitely.

When America plunders under you'll have more white flights going up to the territories of Northwest and Yukon. That'll be one importation of refugees Canada doesn't have the balls to grant!

Man up you canuck faggots.

Email ThisBlogThis!Share to TwitterShare to FacebookShare to Pinterest
Band(s) A Day And A Deathwish