Nora - Kill You For A Dollar 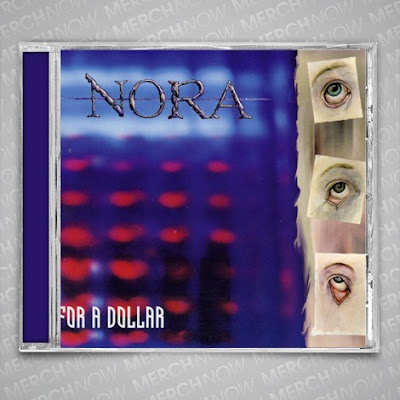 
You know you're from a fucking bad part of the town in New Jersey when you're being killed for a dollar. What's wrong with this band, been mugged by too many niggers that go out to their shows? "o brah letz go rob some of dem white boyz wid doze crazayy-ass rawk muzickk 'n' bang sum of dem white gurlzz whoooo" as they smack their nigger lips. No wonder why nobody bought this album, because imagine having to kill five people just to finally be able to afford buying this goddamn ep. The lead singer Carl Severson founded Ferret Records which succeeded over the band, didn't he? Wonder how well he's doing with that for signing a bunch of early 2000' metalcore bands and gradually sinking into obscurity and bankruptcy. And here I am linking his album for free. It's the hardcore scene in the internet age, buddy, and your label failed. Deal with it. Maybe you do have to resort to a life of crime after all and start killing people for chunk change. The NJ/Philly states are turning into a cesspool of an impoverished multicultural cesspool not unlike a third world country. Mark my words.

Email ThisBlogThis!Share to TwitterShare to FacebookShare to Pinterest
Band(s) Nora