Give 'em Hell - We Are The Wolves 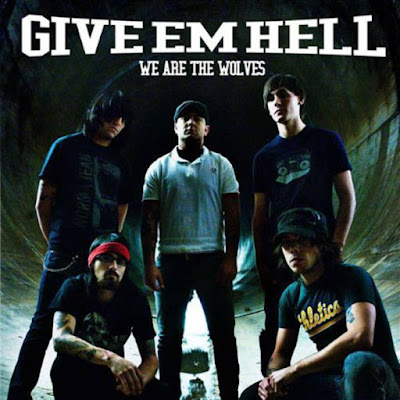 
Sorry what the hell is wrong with building a wall like Trump said he'd do if he's elected in 2016? The ruthlessly tyrannical ruler Qing back 5000 years ago saved China's ass by building one and not only it saved China as a nation from being invaded by the nomadic Mongolian tribes, it is now also one of the seven world's greatest wonders. The ruler may have seemed like a tyrant in modern day standards but he was exactly what China needed at that time for the nation's survival so that way they're not wearing someone else's flag this time around. Call me politically incorrect and whatever, but honestly, who the fuck cares. Illegals oversaturating the market makes it hard for American citizens to find work. White, black, yellow, green, and motherfucking purple people not exempt to this. This has nothing to do with race you dumb fucks. When you crawl out of that hole you've been bubbled in and experience the real world for what it actually is, and understand what life is about and how things are complexly interconected to one another, you'd realize what a big naive bitchmade puppet you've been played as. Keep bending over to the Jewish-owned FOX and CNN you fucking fat corny underachieving sheeples. It's exactly what they want you to be. Work hard, pay taxes, and die the off the planet.

Email ThisBlogThis!Share to TwitterShare to FacebookShare to Pinterest
Band(s) GIVE EM HELL