CHOLERA - THE ANSWER TO INFECTION 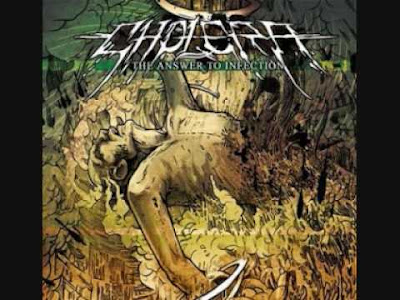 Want to know what the answer to this parasitic muslim infestation of the western world is? Very obviously all one's gotta do is seal up the borders and deport all the Muslimes themselves. But of course the liberal braindead retards are trying to make you do some mental gymnastics into repetitively attempting to convince you that those failure-of-westernized-barbarians aren't the real problem but rather shit that has to do with mental health and gun control are. Rather than exercising the occam's razor and point to the most obvious and in-your-face explanation which points at the fact that these people are unadaptable subhuman neanderthals they want you to believe every other reason but. And then you have some terrorist named Faisal Hussain shooting at a restaurant in Toronto's Greektown and then his family and the media doing everything they can to cover up his al qaeda involvement meanwhile he's obviously pledged allegiance and sympathy with its radical elements and even have ties in movements in Pakistan. But nope of course it's all mental health in the end. Love how his family has the say to make a first statement to get us to sympathize with them before the 15 victims' families did. One of the casualties was a ten year old and the other was an eighteen year old nurse student and both females. Of course he was a victim of mental health though. Because I bet nothing in the Quran and Mohammed the prophet's life suggests that the religion and culture itself is the most inhumane and oppressive doctrine to females. Toronto. What a liberal cuckland full of leftists and vile terrorist sympathizers. You can definitely thank Trudeau of that too. What a fucking day and age the west lives in. Watch these parasites establish jihadland in your homeland and brutalize your wives and daughters while the media convinces you that it's your own fault because being white is the worst crime of all.

Email ThisBlogThis!Share to TwitterShare to FacebookShare to Pinterest
Band(s) Cholera