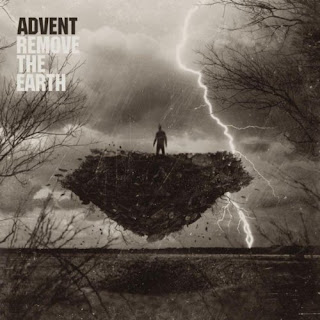 
When happened when the private all-boys classmates of Kentucky's Covington High School when they were confronted by the black supremacist Hebrew Israelites was a complete fucking atrocity, and the niggers once again are to blame for it. As you know, niggers have the tendency to ruin absolutely everything beautiful of any societies and then blame the 'privilege' of people who actually work for a success and living for it because deep down inside they're lazy yet greedy thus they feel as if they're entitled to fucking handouts. Lovely. The liberal media gobbles this up like a fucking shitstorm and basically encourages their ethnic mess of a mob to basically lynch the one poor fucking kid who basically did nothing but standing and smiling in the video (something he did in attempt to actually diffuse the situation rather than aggravating it). Leftist media gobbles up this misinformation and fake news like a virus and enrages any stupid audience incapable of thinking for themselves and without a two brain cells attached to their waste bodies. Nobody cares about the real context of the story by watching the full two hours of confrontation between how the white boys were actually fucking harassed and threatened maliciously with racist taunts for time after time and nobody bats an eye. But the fucking MINUTE a fucking native war veteran steps in between the two groups to diffuse the situation (situation provoked by black supremacist niggers taunting innocuous high school boys doing their march for life), all of a sudden the internet and globalist-sponsored press makes a dartboard out of a bunch of harmless white human kids and encourage anarchy-driven subhuman animals to threaten upon their death. The alibi/justification? Oh right, always dem white boiz racist! But dey be Trump supportin racists ass KKK white peep!
Do you cowardly wimps really wanna confront racism? Why not take a fucking look at who the Black Hebrew Israelites are? The delusional idiot half-brained believers that apparently superior niggers above whites and everybody else that were the descendants of Judaism. Hilarious. Which explains why white-skinned Jews of Israel are basically controlling the global hegemony right now you fucking incompetent negroids. If nig-nogs were leading the trajectory of human advancement right now we'd still be looking for ways to distill fecal matters from our drinking water. Getting back on topic however. This group is on the southern poverty for being basically a Black Extremist Terror Group that calls for the complete slaughter and genocide of whites. Yet when CNN and New York Times pick up this news it's all of a fucking sudden white high schoolers' and how they are racist against a dangerous group of radicals calling for extermination of every white in America. That detail's easily slipped past and disregarded of course. So in the end we have generations after generations of white people with self-loathing identity crisis who feel like they are constantly walking on eggshells in a dangerous and toxic climate of political correctness. In an ecosystem where everybody openly attempt to harm them yet it falls upon blind eyes and deaf ears because nobody wants or dares to notice. What a great time to be white. You can thank your toxic leftist fuckwits from the babyboomers generation that bred this climate for you all to grow up in. When your society collapses after the flight of white men and women who once worked hard to sustain it, I'm sure no other effectively developed places in the world would ever bat an eye.

Western empire has already watered the seeds to its own demise. The decline is inevitably at an ever-lightening pace.

Email ThisBlogThis!Share to TwitterShare to FacebookShare to Pinterest
Band(s) Advent