Age of Ruin - The Tides of Tragedy 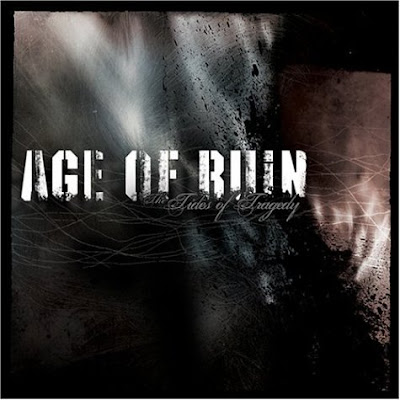 
The absolutely most abhorrent thing about the massacre committed by the noble Bryan Turrent in New Zealand is that all the supposedly self proclaimed right wing nationalists of the western world are denouncing his act and getting into apologetic mode. You dumb fucking twats, that's exactly what the left want you to do. To squander you into a fucking corner and then take away your firearm but not before silencing your dissent. They'll convince you that it's all your fault while your white guilt detracts you from agreeing with his powerfully truthful manifesto. Watching Wordpress and other hosting services shut down accounts dedicated to this noble martyr makes me absolutely sick to my stomach. Complete atrocity. I can't help but imagine the public relations and marketing team of Wordpress gathering up with Al Jazeera on a biweekly basis where they exchange seminal fluids in a sauna-steamed bukkake orgy while procreating politically correct love-baby ideas on what a perfect multicultural global utopia would be. So that more Muslims invading the west and popping up blogs in support of the Islamic State factions and those blogs sure as hell can stay on the internet whereas pro-white nationalist sites cannot. Truth. In this day and age, a well written 85 page journal of a jaded disenfranchised white man who was obviously cornered into a point of no return will guarantee you to be banned anywhere over the net if you posted it.

Maybe if white people had an ounce of balls to defend their crumbling western nation they'd all stick together and proclaim that although whatever the mass shooter did was an atrocity, there are merits behind his writing and acts, and if western nations don't fix itself of its open border immigration, more of these tragedies will be prevalent. Instead these ball-less emasculated white shemale men descend into crying mode over the net and start giving terrorist groups (who have vile hatred towards the white race) strong sympathy. Save it, bleeding hearts. The only way to solve these mass murders is to close up the immigration and refugee system so no terrorists can seek asylum in states where they don't belong yet have indeed hatred for. Why hold banners that says WElcome Refugees when you can hold one saying Move to other Muslim nations, you fucking abhorrent shitskins? Oh wait, because they can't... due to the uninhabitable-ness of any cesspool of Muslim nationalstates all over the world,  where their cockroach looking nine year old daughters can be raped anytime by prophets by the name of Mohammed who molest and burn kindergartens on the caliphate as per daily ritual. Fucking backward degenerate vile stenched arab faggots.

Email ThisBlogThis!Share to TwitterShare to FacebookShare to Pinterest
Band(s) Age of Ruin