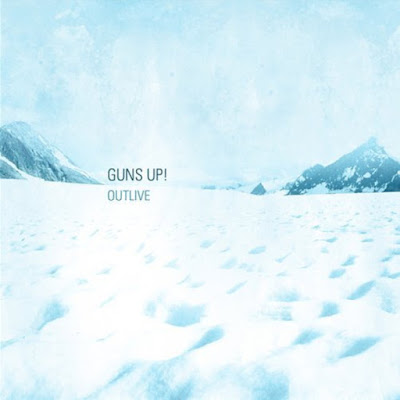 
The only thing I remember about this band back was back in 2011 or 2012 when they played this hick little fucking town in Canada in their semi-autonomous state or territory where they spoke French and the town itself was not friendly towards English speaking people. LOL. I can't even pronounce the fucking name of that state but it's something like QUACKERY or some shit. Go claim your independence and allegiance to the French you fucking stupid sounding frogs, while watch your grandpapa France get crushed the shit out of by migrants from Somalia and Syria by the millions. I think that festival which we drove almost a full day up north to was called Heartfest. A pretentious event about donating to heart disease or cancer or whatever charities those dumbass hardcore kids believed in back in 2012. (Apparently every year they exaggerate the figure to like $5000 for charity. Maybe their parents run the foundations in bumfuck Quebec or something which means they get to pocket most of it.) At any rate, that's such so benevolent broskies, such benevolence. Which makes it extra hilarious what happened during this retarded band's set (what happened isn't really funny but it's the contradiction that makes this whole scene and subculture absolutely hilarious as you you'll soon see).

While being close to the front I noticed people on stage starting to look towards the back of the room and scoping out what the fuck just happened. A large group of people surrounded someone injured, and I thought it was common pit beef thus didn't bother to inspect any closer. However it didn't take long for everybody to realize the situation was far worse than any of us suspected. The victim was a girl and she was apparently knocked unconscious and couldn't wake up due to some asshat doing what people called 'backroom moshing'. Whatever the fuck that means. I assume people crowdkilling at the back by spinning windmills and tornadoes whilst catching every un/suspecting bystander standing by the edge of the pit and attempting to "appreciate" whatever the nonsense that goes on that shows.

Perhaps we were naive to not think too much of what happened to that girl overnight while stayed in that hick ass French town outside of the hillbilly Canuck capital. But when the issue was carried onto the B9 board in the form of a thread we learned that apparently she was a Canadian patron's girlfriend who has been put in a coma. A crowdfunding campaign ensues for this girl to 'get better'... because apparently Canada's health care isn't free? What the living fuck. Am I an insensitive fuck to call bullshit on this? If you want to crowdfund for your girlfriend's intensive healthcare then move to a country where health care isn't supposedly free bitch. And now all the stupid hardcore twats finally 'come together in a time of distress' and help out some nobody in the spirit of supporting the scene and community. The band even played another show the day afterwards, again, telling us how they "don't support violence and hardcore is about respect" (LOL). On the net, their neanderthal fans were preaching about solidarity and community and talking about how they will immediately donate the next paycheck that comes in from their JC Penny day jobs that they work for at affording their own groceries. Of course, that's not without some controversial statements on the board, some going as far as claiming 'if bitch was standing on the side of the pit and she's hit then it's fair fucking game but sure I'll donate anyways'. Are you dumb fucking rejects that fucking retarded?

This is the solidarity of a scene that has otherwise no substance and contradicts itself by the actions of everything people do. Pit beefing and alpha-machoing is okay. Crowdkilling is okay. Sending people to hospitals and coma's is definitely okay because it's a part of the norm. We accept all these things that are unnaturally violent and toxic so that nobody even feels comfortable going to a show. But the minute somebody gets hospitalized? OH watch the fuck out internet. Here are threads virtue signaling everybody to donate so they all feel like a community again. This isn't unlike what happened to that Tom idiot from Crosscheck who got the living shit kicked out of him by the scumbag in, well, Suburban Scum. Nothing about this scene actually makes ANY sense whatsoever. It's like, these kids almost love the irony of their scene because they know nothing that happens at a show is supposed to be okay, but then outside of their macho facade they like to pretend like they're holier than thou and more righteous than God to justify their stupid pretentious acts when they pit. Everybody thinks it's okay insofar as it doesn't happen to them or who they care about. But when they do it to others and who THEY care about then it's totally fine. That's why all the asshole vocalists make encouraging mosh calls such as 'hitting someone in the face' because 'ruin someone's day' since 'nobody is safe'. But the minute somebody draws blood... oh watch out, a crowdfunder ensues because we are "ALL FAMILY" (even though I'd like to see a family that knocks each other out every time their retarded uncle plays an open chord on the family ukelele).

So speaking of family, when an eleven year old took interest in what I was reading on Bridge Nine and I had to explain to nooks and crannies of how hardcore kids 'unite in times of hardships because they're a functional unit', I was asked with one of the most overlooked but commonly sensible questions ever.

"Why don't they just show they're a family simply by just not punching and hitting each other?"

And that was a Eureka moment. A fucking ten year old had to ask something nobody had to ask. And as much as there was so much to explain about "oh, that's just some edgy shit, and everyone thinks they're just playing around and showing love, and people need to unleash steam and energy and crews and blah blah blah", what he asked made so much sense despite of being a ten year old and thinking more rationally than anyone else in this unitary, strong, loving, family-like hardcore scene full of adults otherwise known as HARDCORE KIDS.

Hardcore is like the sort of music where socially retarded suburban kids, whose serious issues in high school seriously impaired them from becoming functional adults, attempts to find a way to fit in, so they discover something they think is edgy during stages in life when they're not entirely socially secure with themselves. Once moshing, they develop a paper tiger set of confidence that would carry them nowhere in life. Adopting straight edge is only a bonus to that socially-retarded hilarity. Only when they realize all the quality people has left their scene to become better things in life, and that being edge has actually made them so socially retarded that being a 'scene legend' doesn't mean anything in their mundane 10 to 9 retail jobs, will they actually do something useful, like stop going to shows and join a community less cliquey and stupid, or better yet, just fucking kill themselves.

Or you know, you can just knock yourself into a coma because you know, do onto others what you as you would have 'em blah blah blah.

Shut the fuck up.

Email ThisBlogThis!Share to TwitterShare to FacebookShare to Pinterest
Band(s) Guns Up