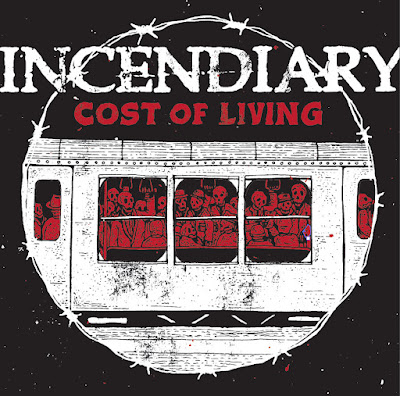 You think cost of living is hard back in 2013-2015 when you released this fucking album you goddamn idiots? Wow, ya'll must be some young bucks, man you haven't lived the hard lives yet. Yeah it sucks real bad... That's when Putin hasn't recklessly waged a war against Ukraine because of the broken agreement of the Minsk treaty (something you'll never hear about in Zionist liberal media), causing a complete supply and demand emergency now the inflated-price of gasoline. People having to go on shoplifting sprees in their local Walmarts stealing packaged raman goods because that's all they can (not) afford... In addition, the never-ending inflation of the US dollars, which was to be expected since the day we pulled out of the Bretton Woods agreement thanks to that dumbass Roosevelt not knowing shit about anything he's doing not unlike any other president (aside from big man's term 2016-2020, the only real term) that we really had. People are desperately of cryptocurrency and new 'stablecoins' on a massive scale this day and age, as long as it isn't backed by the US dollars. As COVID19 ravaged the world apart and Russia took advantage of a weakened western world to invade one of the weakest part of USSR, and insofar as China plays the slow game watching what's happening on the global chessboard while she schemes its next move to defeat any NATO nationstate that is puppeteered by the overarching interest of the west, we got quite an interesting few decades coming forth. You thought not being able to afford bread was bad because of the diminishing power of the dollar. Ya'll ain't see nothin' yet. Keep flailing those fists at shows and not know that the anger and contempt you have in this western sphere of society ya'll live in is on its last final frontier as one day it'll precipice into complete catastrophic doomsday. Mankind is living its last few moments on earth. And anyone dumb enough to focus on making an album conceptually based on our cost of living (with the lousy power of a dollar) is far disconnected with the real doomsday scenarios that's inevitably coming.

Email ThisBlogThis!Share to TwitterShare to FacebookShare to Pinterest
Band(s) Incendiary