Because nowadays all we have is AIDS, crack and techno. 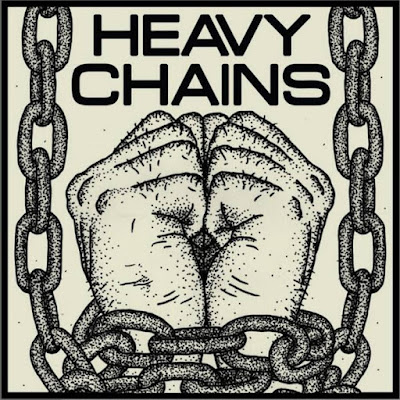 The best thing a bunch of fucking old fat biking hicks could have done, playing in a punk-hc band that was going nowhere, was simply beat a privilaged suburban new-age hXc kid talking huge magnitudes of shit on Twitter and other forms of social media in 2018. Best publicity stunt ever, not that they were asking for it, right before This Is Hardcore. Seriously, listen to this shit, it's absolutely unlistenable. Yet after the glorious feat of what the vocalist had done few years ago, you'd still wanna mosh to their set. Not because their music makes you wanna masturbate to any of those ugly fucks' ears. But rather it's because they set a fucking standard in the culture of hardcore. In that if you are some privileged 21 year old fucking twat from the suburbs constantly retweeting shit at the expense of making fun of others, you get your FUCKING SKULL SMASHED IN. Simply put if you look at where hardcore is this day and age, with Sunami leading the example on Twitter's ecospace, you see that it's a bunch of immature prepubscent fucking retards trying to make their fanbase grow off the sensationalism of picking on other apeshit retards who are stupid enough to once pledge themselves as their fans. Those who fall victim learn hard lesson. Tom Anderson sure did. The lesson learnt was it doesn't fucking matter whether your parents can afford more music lessons for you than anybody in Heavy Chains could when put altogether. What fucking mattered was if you had a week of independent-artist-clout where you thought spewing toxicity on the safety bubble of the cyberspace would NOT come back to you in the real world, you'll be gobbling down oxygen from a breathing tube with a shitty fucking GoFundMe begging for your survival while you are unconscious and pretty much on your deathbed begging the mercy of God on thinking twice before cancelling you (LOL). For this reason I am featuring Heavy Chains on this website. One of the most infamous bands in history after kicking the FUCK out of that shit talking twat Tom Anderson from Crosscheck. While they were disqualified from many lineups at the time because of some bleeding heart Twitter cry-out-for-help movement, I am sure they'll reband once again with the reputation they now have. By then, their music will not be any better, but the fame will be no less crowd-captivating than Crosscheck themselves, a bunch of young spoiled suburban faggots who took their parents' music lessons for granted. I'd like to see the look on all those parents' faces knowing that the tens of thousands of music lessons they've spent on their poor beaten up munchkins don't surpass the sort of infamy one shitty band took street-justice on their sons for talking shit on the internet. Lovely.  To contribute to Heavy Chain's legacy, here's their fucking album! Not that it's listenable by any means but they've done their duty in the hardcore scene. For that, please do  download, share, and don't forget to retweet by all means.