BECAUSE ALL WE HAVE NOW IS RAMPANT NIGGERS LOOTING AND CAUSING HAVOC AND VIOLENCE. 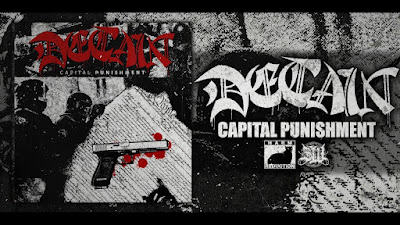 When liberal big tech and legacy media attempts to censor anything remotely credible and instead censors it from common knowledge (because we know if we let information roam free then Democrats would inevitably lose support), this site comes to the rescue. Petyon Greydon was portrayed as a lunatic. But if he was a lunatic then his manifesto would be allowed to be shared and ridiculed. This simply wasn't the case. It's deleted everywhere all over the internet in the fear that truth will one day roam free and influence the judgement of sensible men in the west. Peyton Greydon set the landmark and example as to what a level-headed white person would do in this turmultuous time within USA. And he is the unfortunate sacrifice and the canary in the coalmine. His efforts and achievements will always be undermined by big tech and mainstream media censorship, insofar as his manifesto and video is not viewable across the net like it should be. Penty Greydon's amazingly rational manifesto written prior to the shooting of Buffalo video game spree is a hallmark of the issues that America faces right now. Niggers, and all their animalistically abhorrent ways of behaving in the western world, are destroying our civilization as a whole. Democrats, in collaboration with big tech is trying all that they can to prevent this truth from coming out. And in doing so, they stopped the spread of his highly sensible and impressively rational book of over hundred pages. Which is an atrocity in and of itself. Then they went ahead and banned his video? Video of Peyton Greydon's massacre should be made into a Hollywood short. Whoever the fuck had the privielge to view it somewhere on the web. It's a pity not all the black on white crime and blacks looting once-prestigious major cities of California get as much backlash as a lone white soldier fighting the good forgotten fight. It isn't about glamourizing or glorifying a disturbed shooter's deeds whethere there are indeed any merit to it or not. In essence nobody is asking you to go out and replicate what the fuck this holy goddamn moron has done. But being able to access literature and videos is actually about our fight against big brother's motherfucking censorship. And preserving our right and freedom to access information. Anytime legacy media prevents you from watching something just know that they are funded by the Zionist ideological machine that is failing the world on an astronomical level. CAn't wait for China to come down and crush this nation ran on neanderthal conglomerates. Time to celebrate your impending doom you fucking asswipes. Nuclear strikes are a question of when and not if, the same way death is imminent.

Email ThisBlogThis!Share to TwitterShare to FacebookShare to Pinterest
Band(s) DETAIN