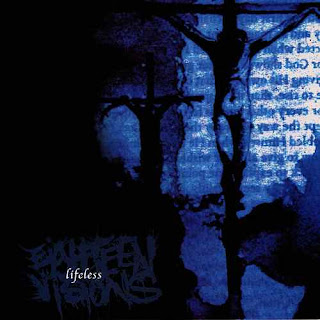 Eighteen Visions wrote this album twenty years ago in 1998 (yes I'm an old fart I know) and it was a serious premonition of the future of North America and the western world. Mass school shootings an average of once a week. Deadly opiod/fentanyl pandemic roaming wild in every urban and suburban towns. Black Lives Matter. Unfettered immigration and liberal cucks wanting to poke more holes in our southern border to let more parasitic MS-13 affiliated gang members in. Hollywood banking off decadence and moral decay. Nine year old female hip hop and trap artists breeding pedophilia and banking off adult generations. Radically fat and hideous feminist twats convincing you that sex is apparently fluid and one can have over one hundred genders contrary to concrete mathematics and science. School system failing each and every child at an astronomical rate. Multiculturalism running amuck and open border policies are literally allowing terrorists to destroy what were once-safe neighbouhoods where doors needn't be locked. Liberal biased politicians and press coverage convincing you this is a good thing. People still literally still believe there's no difference between race and sexual genders like they're boxed in and completely deprived of common sense. Oh lifeless America (and perhaps Canada on a worse level with their floodgate of immigration). Our land of the free.