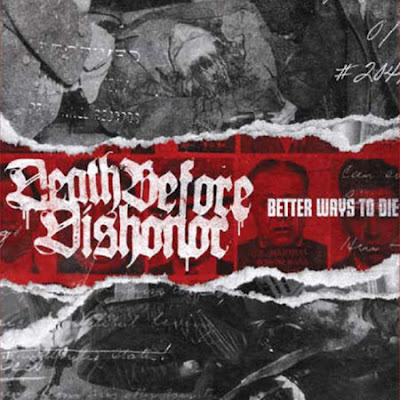 Insofar as I was talking about all that shit yesterday below this post, it might make some sense that I post some music now with some balls and testosterone in contrast. It doesn't take music insider to see that this age and generation are filled with stupid paper-tiger butthurt cowards. I don't think any of these early twenty-something morons would know anything about how hardcore used to always be vilified back in the days, even by their own fans and crews, and beef was simply just a way of life. And if you couldn't take the heat with a band and what did or preached? Then get the fuck out of the kitchen (venue) you fucking pansy ass homosexual transvestite nigger faggot. You were probably too busy sacking off the dicks of globalist Jews who are busy capitalizing your egalitarian views and multicultural societies to have ever went to a One Life Crew show to see that they were openly racist and would beat up others and be beaten up during their tour routes. Those were days before you were born. Nor would you ever have been alive for a bad luck thirteen show where they threw blades and set shit ablaze inside of venues and severely harmed their patrons for the lulz. There isn't an ounce of testosterone left in this scene aside from the aimless flailing (for which most kids have no momentum while doing so). Think about Death Before Dishonor, Shattered Realm, Madball, xTyrantx, Courage Crew, FSU, DMS, so on and so fucking forth. Disagreements were plenty. Beef was rough and fights are fucking wild. SOSF is still online from time to time despite the beef from years ago. It's unbelievable how a band can break up over a tumblr account of worthless feminist whores crying wolf. Or an ex-band member posting a private conversation of a person using the word nigger. Hell, Blood on the Dance Floor is even more hardcore than these fucking pansy faggot bands because they're still a thing after being called out as pedophiles recently (albeit not news since beginning of time). It's sad how some of the self-proclaimed hardest bands in the scene can step down because of some viral nonsense. It really goes to show how little self-esteem they have. How much self respect they lack. If you truly don't give a shit about the shitstorm (especially over the net which is harmless) then you simply brave through it and remain standing. Karebear from Suburban Scum still played shows despite kids burning their merch (jokes' on the kids for still giving them money). These fucking sheltered upper-middle class kids don't know a single thing about being hard because their whole lives they have been coddled in their privileged sanctuary. Fake as fuck.


But that isn't even really the issue.

The real issue I feel is this contradictory hypocrisy about how these new bands wear this "outcast/hated forever" gimmick on their sleeves but yet they can't bear being ousted or hated. If you were forever singing about Misanthropy then why care that others hate you for what you say or believe in? Sit back and let that sink in. Seth from Anal Cunt loved being a racist misogynistic dirtbag but at the end of the day that's just who he was, and didn't care about it, and his band still remained standing till he kicked the bucket. Nothing you could say would drop them insofar they were alive because they always said "hate us but our values were meant to be hated". Danielle Bregoli's cash me outside stunt has made her a millionaire now and I'd rather goto her tour over Expire, Revenge Season or any of these ball-less fake faggots who preach to stand up for yourself and your individuality yet disband the minute they actually need to prove themselves and stand against the maelstrom. These white apologists, feminists and corporate democrats/liberals are out destroy the world and forcing censorship of speech, and these fucking emasculated wimps are being used as sitting ducks for their relentless assaults. Nothing is tough about these bands. They don't stand up for themselves. They succumb to sheltered idiots on social media who have nothing better to do. This doesn't make any sense at fucking all.

If you want to really be a nihilistic band and sing preach hatred and individuality you really wouldn't give a shit about reputation or clout. This hardness is just a gimmick because their rich parents were able to afford them music lessons when they were young and now they're using it to fit in or prove something to the rest of the disorderly world. This paper tiger hXc bullshit is just a facade. If you cared what others thought about you or wanted to do good for the world then go fucking join a church choir or sing indie or gospel. Learn what hardcore really is about before disbanding over a few words over tumblr/twitter. But seeing that's the sort type of build you fucking estrogen-eggshells are, maybe the whole genre is better without you anyways. Succumb to this defeat and go volunteer in the red cross and March to the drums of a christian missionary you fucking useless over-privileged and under-confident babies.

Last but not least let me clarify that the dumb bitch who got called out for using the word nigger only got called out because the whistle-blower was an ex member who pulled a vindictive move on her. Not because it was a problem for that whistleblower when he was in the band. Let that sink in too, you fucking idiot tools. The person was bothered because ultimately he is an ex band member. Not because he wanted to save the nigger race. And it worked LOL because they actually broke up like spineless retards.

If what I wrote also describes your band enough to hurt all your pussies please disband as well.

Email ThisBlogThis!Share to TwitterShare to FacebookShare to Pinterest
Band(s) Death Before Dishonor