Enabler - All Hail The Void 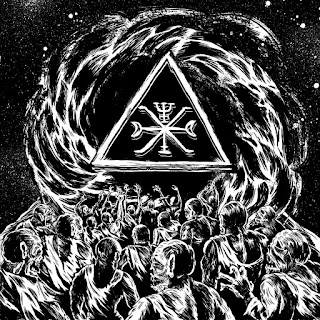 So apparently this main faggot of this shitty band is the ex-prodigy of Harlots which was a phenomenal tech metal band back in early 2000's and way ahead of its time. Roughly ten years down the road this asshole became a woman beater with temper tantrum issues and too much for his own band members to handle. Details surrounding the controversy was his wife was in this band whom he viciously abused on a physical and emotional level (to the point that his band members couldn't take it anymore either. Then he did some half-assed interview after a terrible break-up about how much he grew as an individual from those adversities (LOL) and his bitch-hag of an ex quoted him line after line on her Tumblr with comebacks and retorts. And because this sorry unfortunate bitch is a woman, the Tumblr social justice warriors immediately jumped into that slut's pussy and sang her hymns denouncing men. Congratulations you buttfuck woman-beating sissy, just what those hideously fat feminist social justice warriors need. More ammunition and justifications to their bitching. You are a low-life sorry piece of shit. And then he has the audacity to make himself seem like a victim after the whole cahoot and claimed that "Enabler is over". Yeah? So you can continue devoting your most precious time to beating women and giving feminists problems to gain weight over you pathetic fucking gimp? Congrats. But almost as soon as he made that announcement, weeks right after the scandal he released a new album on Bandcamp at a price of over $10 per purchase. Can you find a more serious egotistical narcissist in this world? Someone should be the enabler of his fucking demise. Fucking moron.

Email ThisBlogThis!Share to TwitterShare to FacebookShare to Pinterest
Band(s) Enabler