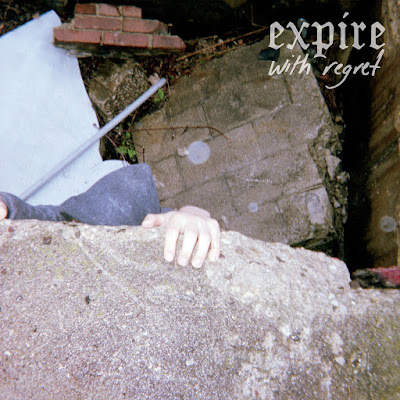 The recent Tumblr shenanigan of stupid scene-sluts-turned-feminist-social-justice-twats calling out that fuckboy Zach Dear from Expire is one of the myriad of examples over the past few years telling us one thing: the hardcore community as a whole really isn't a healthy community. Why nobody in the big music industry take this scene seriously is a wonder for anyone with two strands of brain cells.


Members of these jocky tough-guy bands, during their rise to affluence in their local community, gain the confidence to become chauvinistic and promiscuous pigs, and exploit their local groupie-whores at any rate they can. And the fangirls, because they are fucking whores themselves during their teenagehood, would throw themselves at these assholes at blink of eye. These pathetic fucking sluts and tramps have issues closing their legs to especially the biggest douchebags of the scene with the hopes that one day they'll be acknowledged on stage when the bands get signed. But that doesn't happen because since most of them are throwing themselves at the same few dudes, they get used and disposed quicker than a cum-rag gets tossed in garbage. Fast track five years down the road when the band gains recognition on an international scale, these women realize they've been forgotten miserably by the band members whom they offered to be cum-buckets to while they were young. Instead of facing the music and acknowledge they are all filthy whores, they graduate from their local community colleges with a useless "liberal arts" degree (LOL) and begin espousing liberal values on the internet. Crying out loud as an "oppressed sexual gender" they decry about nonsense like institutional patriarchy and sexual abuse of men. This helps them cope with the fact that they've been rampantly slutty when they were young (something they still refuse to admit). Empowered by cringe-worthy social media platforms like tumblr and twitter, they create this toxic "call-out culture" that consists of screen capturing other people's messages and posts to 'publicly shame' them. Women  in general, especially those in the hardcore scene, are toxic dramatic freaks and love to get attention and praise at other people's expense and misery. When they are miserable, watch out, because they'll bring you down to their level. Which is why there's been at least a thousand cases like this. Stupid bitches who partake in gossiping and sensationalism and cry wolf about being sexually abused when they were young slutty fourteen year olds. But it's all hearsay accusation that will NEVER have a single ounce of merit in court. No evidence, no proof, no burden of anything, just words proliferated by femmes. If women ran the earth we'd still be fucking looking for the wheel. And now that technology gives everyone an equal voice to proliferate their bullshit, it sucks that the stupidest bunch of femme twats get the same amount of attention as famous writers and technological whitepaper writers and researchers who are actually writing to change the world and not bring others down in allegations that doesn't have a molecule of substance of evidence. If I fucked half the band fuckboys in my town till my mid-twenties and realized I've been a disposable piece of trash of course I'd feel pathetic and worthless enough to make a tumblr page about a guy who's fucked me over 'cause he wouldn't give me backstage passes after the 10,000th fellatio given. How unfortunate you dumb skanks. Rather than wake up and smell the coffee you have to join some social-justice bandwagon and call out "rapists" when you were more than probably the person who initiated the sexual contact in the first place. Get off the high moral pedastal. Anyone with half a brain can see that you were once a whore (and probably still are but just practicing more cautiously and discreetly).

As for the band members exploiting women for their own sexual gratification. You don't think all this would tumble down one day, do you. How can it? I mean you are the lead singer and representative of the hardcore scene of your town with the population of 2000. You're invincible. I met Expire and had the displeasure of talking to them on numerous occasions. They are a bunch of holier-than-thou and self-entitled assholes who do not think their own shit smells like, well, shit. That pretentious introvert lead singer who pretends like he's tough is a faggot (that's right I said F-A-G-G-O-T). It's the same guys who preach about what real hardcore is on stage when they profitably tour with bands like Senses Fail (yes this actually happened). The same sort of hypocritical asswipes who contradict themselves by preaching and espousing sanctimonious values of altruism and progressive principles and virtues and at the same time degrade women and treat their fanbase like shit. They talk and write like they're saints meanwhile it's not hard to see just like everything else in hardcore it is just a facade because they're shitty fucking people that made a career out of teaching kids how to be shitty to one another. And now it's finally backfired. Congratulations twats. Lay in your own bed of nails.

Also, before I sign off today, lemme ask you guys something. Have you guys wondered why this hardly ever happens in the juggalo scene? Street punk scene? Or even the hiphop scene? Most of these artists acknowledge they are fucking scumbags of life and sing and play like they're scumbags. So nobody really raise an eyebrow when they're slimy enough to sleep with underaged females or engage in questionably degenerate acts. But when your whole scene supposedly bases itself off principles of loving thy neighbours, loving your life, becoming a better person, being all inclusive and not exclusive, treating people of all genders and colours like actual people and not animals, the fact that you act completely the opposite of such makes your musical career and your scene even MORE of a despicable cesspool. How many more of this episodes must occur with other tough guy hardcore bands before a scene halts to a grinding death? Save yourself the possibility of a ruined reputation before it's too late: Disband immediately.

Email ThisBlogThis!Share to TwitterShare to FacebookShare to Pinterest
Band(s) Expire