Death Before Dishonor - Count Me In 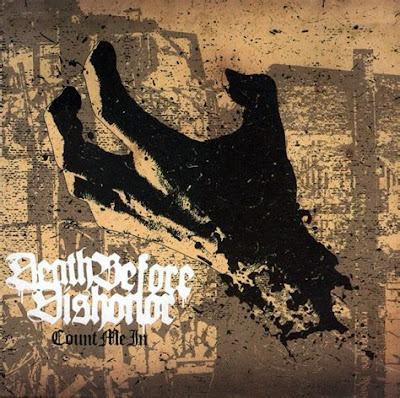 One of the most failed-to-ask questions with blacks 'not trusting whites' and not liking a society that they've been literally sold into (by other black elites back in the 16th century because you heard me right, blacks slaves were actually SOLD by the greed of other blacks), is 'why don't you all just move back to Africa'? Right. We know exactly why. Because they know they'll never even be able to retain 1/10th of their quality of life they'd have in any western nations let alone prosper in those blatantly obvious fifth world shithole nations. To this day, africa remains a continent with the richest land and private resources yet none of their natives of the past thousands of years have ever had the evolutionary smarts or sophistication to tamper into it to enrich their people and society. Instead they still remained as primitive as they were since the beginning of humanity and the only advancement they've ever had was after benefiting from Western influences, and now allowing China to come into their land and extract their resources in return of building them apartments and cities. When the emancipation proclamation was sealed, Lincoln even proposed sending them back to Africa because he thought segregation would have been a better idea than the integration that is a modern day disaster now. But when he attempted, countless blacks slaves who were apparently "kidnapped and miserable" (in your contemporary narrative) lobbied and rioted against it. Why? They knew life here as slaves surpassed the quality of life back in Africa by at least 10,000%. They also knew if they get sent back to Africa then they'd simply be sold elsewhere as slaves, if not become slaves in their home continent, seeing that slavery still runs rampant everywhere in Africa (there's still an AIDS-amuck country, Mauritana, there that practices slavery to this day. One in every five citizen is one). Furthermore, slavery has been a part of everywhere around the globe at almost any time in history with every single fucking race. Blacks in particular loved owning black slaves. Arabs loved owning black slaves. The mongols had Chinese slaves. The blacks in what's now upper africa used to enslave and exploit white women who were nothing more than their sexual pawns in the 17th century. All this hidden from your education system it's easy to see people are blinded and guilted by only a selective part of history which the western liberal doctrine would expose to our children. Slavery has been the golden holy grail of all arguments to explain why they couldn't integrate into the white western world. Yet it has never explained why when left alone, they couldn't find the wheel 400 years ago before any white intervention or colonialism anywhere. Oh, right. It's because they 'didnt-dunuffin-wrong' (at least to them and in the eyes of white apologists trying to fit into a scene full of Twitter and Tumblr social justice Internet princesses who are so far detached from reality they probably never left the vicinity of their one intersection township).

Email ThisBlogThis!Share to TwitterShare to FacebookShare to Pinterest
Band(s) Death Before Dishonor